Good things come to those who wait..

Dan Robson is a player I will happily acknowledge I knew very little about when he transferred to Wasps in 2015. At that point, I presumed he was signed as a backup for Joe Simpson, who had completely nailed down the number nine jersey for Wasps, and had finished the previous season in fine form.

The 2015-16 season continued well for Simpson, demonstrated best by a glorious spell in November, when in the space of eight days, Wasps smashed Leinster 33-5 in Dublin, with Simpson scoring one, and followed this up with a bonus point 32-6 victory against European Champions Toulon at the Ricoh a week later. Great days! Simpson played really well in that game too, setting up a try, and it was looking like he might be able to add to his tally of one England cap in the new year. Robson was featuring, but there was no doubt who the first choice was, no doubt at all.

Let us fast-forward a couple of months to the 23rd January 2016. Wasps hosted Leinster at home, and in the name of entertainment, racked up fifty points, to complete a memorable European group campaign. Simpson was still in great form, and a Six Nations call up now looked inevitable, but bad luck struck and he hobbled off in the first half with a serious ankle injury, which would eventually rule him out for most of the season. Robson trotted on, had a great game, and the rest as they say, is history. Despite Wasps not needing a new scrum half, suddenly they had one who appeared to be able to do it all; good pass, quick around the breakdown, ran great support lines to score tries, and a solid kicking game. Robson went on to score tries in both the European and Premiership semi-final that season, and it was telling that in that quarter final against Exeter, despite Simpson being on the bench, Robson played the full eighty, and was heavily influential in the second half turn-around. The 2016-17 season saw more rotation with Simpson, but there is no doubt who first choice is for Wasps currently, and given the competition he has had for the jersey, that is an achievement in itself. 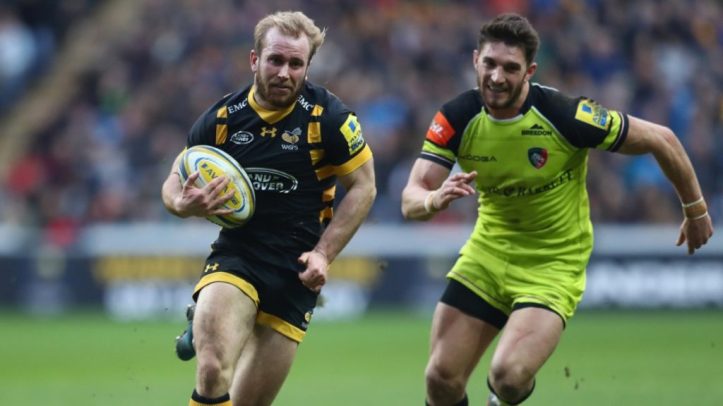 Today is the 1st February 2019, and at the time of writing, we are less than twenty-four hours away from the England’s first match of the Six Nations. It is a massive game in Dublin, with England the underdogs against an impressive Irish team. For Dan Robson and his family, I would guess this is going to be one of the proudest days of their lives. Since he established himself for Wasps three years ago, I like many Wasps fans have been completely baffled by his none selection at international level. Ultimately, that does not matter now, because tomorrow is the day when he should finally get the opportunity to win that elusive first cap, and show everyone what he can do. I know he is going to take his chance, because ultimately he is a quality player who has demonstrated for the past three seasons that he belongs on this stage. When he gets on to the pitch, there will be Wasps fans up and down the country willing him to do well, because we know how well deserved this is, and can only begin to imagine what it means to him.

To conclude, my favourite game since the move to Coventry was the semi-final victory against Leicester in 2017. Simpson was preferred at nine, and when Robson came on with less than half an hour to go, Wasps were chasing the game and needed a try.  He noticeably raised those around him, picked up the pace, and was enormously instrumental in Wasps finally finding a way through some heroic defending from the Tigers. He started in the final the week after, and has started every big match since. I would not be surprised if he is faced with a similar scenario from the bench tomorrow, and like all Wasps fans, have complete faith he can have the same impact, resulting in the same short and long-term outcomes for his national team.

Thanks for reading, and enjoy the rugby this weekend!