‘The definition of loyalty is the quality of being faithful to someone or something else’.

I thought I would write a little piece about this seven letter word that gets used in sport and life. This season, I have started to question if we are starting to see loyalty begin to drift out of Wasps Rugby Club, a team who if you are reading this, you probably care about too.

In a few weeks time, Wasps will be waving goodbye to a number of players who I am sure they would prefer to be keeping. We all know the names, Willie Le Roux, Elliot Daly, Nathan Hughes, Jake Cooper-Woolley, Will Stuart, and earlier this season, Christian Wade. If things don’t improve next season, there will be other players adding to that list by this time next year. For all of the players mentioned, you could question if they have shown ‘loyalty’ to Wasps, and if their decision to move on is now impacting negatively on their performances and commitment to the club.

Two points for consideration. I was once told that whenever someone asks who you work for, once you have children, the answer is always the same. ‘Your family’. Whether we like it or not, Rugby is a business, Wasps is an employer, and ultimately it is a very short and hazardous career. Let us take the case of Nathan Hughes; by all accounts he has been offered around twice as much to play for Bristol than Wasps have offered. Rugby players are not on footballers wages, that is potentially a life changing amount. He has given his all for Wasps, can anyone really blame him for deciding to move on with such riches at stake? I don’t. 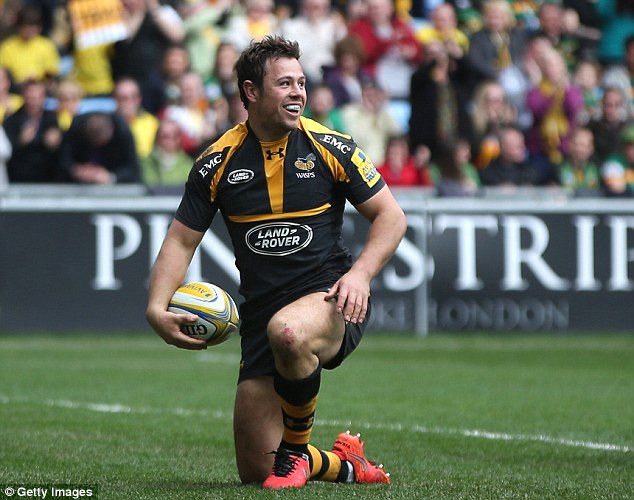 Second point is this; loyalty works both ways. It is all very well us moaning about players moving on for a better deal, but you are kidding yourself if you think Wasps would not be just as quick to move individuals on if they do not think they are needed any more. Ask James Haskell.

Dai Young this season has spoken about the need to look at the culture of the club, to promote loyalty, so players feel more settled and are not looking to leave for a bigger pay cheque. I think that is absolutely vital, with Exeter and Saracens being the best examples of where a positive culture is breeding positive results, and supporting player retention. I don’t like to be critical of the club, but the whole culture issue is a real concern of mine, because if it isn’t right, for whatever reason, this high turnover of players will not stop anytime soon. ‘Culture eats strategy for breakfast’ apparently, and you get the impression the culture at Wasps is piling on the pounds this year, when it comes to the strategy regarding player retention.

Perhaps though, there are exceptions, and loyalty does still exist. I met up with an old school friend recently, who asked me in the light of the player exodus, who are the club men who are Wasps are going to base their squad around, and who are going to demonstrate unconditional loyalty to the club? He spoke about how that is not always the superstar international player, but the players who are absolutely committed to the cause, and seem to care about it as much as the fans do.

I have been thinking about this for a while, and not being involved with the club, you can only speculate, but how about this for starters? Rob Miller, Ashley Johnson, Tom Cruse, Alex Reider, Josh Bassett are five individuals who I think are absolutely proud to be Wasps players. They might not make many picks for an all time Wasps XV, or even be first choices if everyone is fit, but I do not think I have ever read or heard anyone questioning their commitment or loyalty to the team. Actually, there are plenty more when you think about it; Will Rowlands, James Gaskell, Keanan Myall, Juan de Jongh, Tommy Taylor, Simon McIntyre, and Jimmy Gopperth are other examples of professionals who absolutely give their all when they pull on the shirt.

I think the point I am trying to make is this. Players will come and go, and the more money there is in the game, the more this will happen. But some players, despite not being picked every week, and despite sometimes being unfairly overlooked, will always stick by the club until the club decides their time is up. They are the players I really admire, because for those players loyalty does matter, they want to be part of something special, and they believe that that special thing can be Wasps Rugby Club. As a fan, I think it is important as we approach the biggest game of the year, that we show their qualities now. The club needs our support, the players do, and a win is absolutely needed on Saturday. Let’s show the same characteristic we want to see in all the lads on Saturday. Loyalty to the team, and total commitment until the final whistle is blown.