Lack of players = lack of interest?

It is 8.59am on Saturday 2nd November 2019, and the World Cup final is seconds away from kicking off. England have made it and Owen Farrell pulls the matchday 23 into a final huddle to bark his final instructions. Looking back at him and pumped full of adrenalin are some of the finest players in English club rugby, who are desperate to emulate their 2003 predecessors. Sadly though, from my perspective, not one of them is a Wasps player. I feel….far more interested in the Wasps game vs Bath later that day.

When England won the World Cup in 2003, I wasn’t interested in the make up of that team, in terms of which club they played for. Maybe it is nostalgic to think that English club rugby revolved around, and almost served the national squad, but it certainly seemed that way to me. I was playing rugby at the time, so like many players of that era didn’t really follow the club scene, but enjoyed the rearranged kick offs so we could take in the England games. I loved the 2003 campaign, did not miss a minute, and travelled down to London to attend the victory parade when England won it to extend the celebrations. 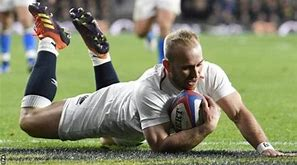 Now, as England progress through to the knockout stages, with a genuine chance of doing well, I’m really not too sure I am massively interested. I want England to make the final, I want them to win it, but with the growing possibility there will be not a single Wasps player in the first choice twenty three, I am struggling to muster much enthusiasm. It certainly won’t make or break that weekend for me.

I am finding such feelings quite odd. I would have previously described myself as very patriotic, and prior to getting into Wasps over ten years ago, used to based my social diary in February and March around the Six Nations fixtures. Now, as England stand on the brink of their first quarter final for eight years, I feel ambivalent to it all.

It is 8.59am on Saturday 2nd November 2019, and the World Cup final is seconds away from kicking off. England have made it, and Owen Farrell pulls the matchday 23 into a final huddle to bark his final instructions. Looking back at him are Joe Launchbury, Dan Robson, and Brad Shields who are desperate to emulate their 2003 predecessors. I feel….. nervous, I feel excited, I am desperate for these three to have absolute stormers and help bring that chariot home. I am literally on the edge of my seat. 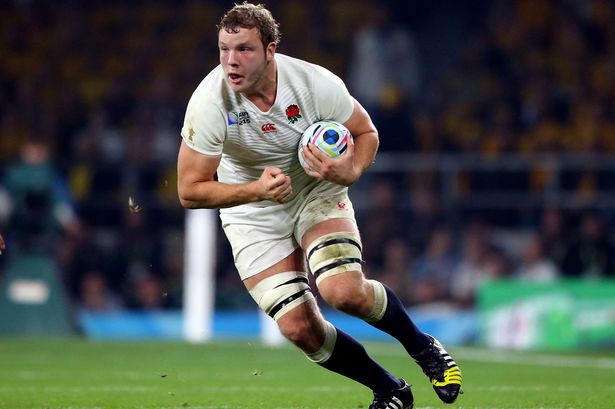 Yeah, that would feel different. I would be pretty pumped up for the game then. I don’t know any of these players personally, but feel more of an attachment to them than many of the current England players through watching them in black and gold, having spoken to them before games, and through having a strange feeling of almost parental pride of watching them perform at a higher level.

I think the point I am trying to make, and I am really interested in other people’s views on this, would it feel different for you if your club’s players are not involved? Should it? I am all for looking at the bigger picture, understand selection is subjective, but if you follow a club whose players regularly feature for the national team and then they do not, does your experience of watching the national team then change?

I would guess that fans of Leicester, Saracens, Exeter and Bath might see things differently, but is this because of the volume of their players who are involved in the England squad? Swing low, sweet chariot and all that, but if that chariot is made up of players you have no real affinity with, are you that bothered?

Thoughts and discussion welcomed! Thanks for reading.